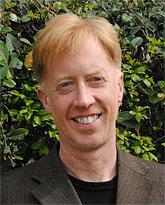 Kevin Montgomery, Ph.D., is a senior researcher at the Center for Innovation in Global Health at Stanford University, identifying, developing, and deploying advanced telemedicine technologies around the world. Previously, he was the technical director of the National Biocomputation Center, a collaboration between NASA and Stanford to develop advanced technologies for next-generation medicine, including computer-based surgical planning, intraoperative assistance systems, surgical simulators, and anatomical atlases, as well as wireless telemedicine and telemetry.

Before joining Stanford, Kevin led teams at the NASA Ames Research Center to develop systems for image processing, 3D reconstruction, visualization, and simulation of biomedical imaging data for space-related research. Based on this work, his team won the Contractor's Council Award, an FDA Group Recognition Award, and three Sterling Software Excellence awards, and was a runner-up to the NASA Software of the Year Award. While working full-time at NASA, he completed his M.S. and Ph.D. degrees in Computer Engineering from the University of California, as well as developed and demonstrated the first live transmission of vital signs and video from a commercial aircraft, which earned him and his research partner the Smithsonian Award (1998).

Prior to joining NASA, Kevin was a project leader at Hewlett-Packard, focusing on networking protocol design and implementation. While earning his B.S. in Computer Science from the University of Delaware, he also worked for Hewlett-Packard developing a Microbial Identification System and other work in computation applied in analytical chemistry.

In addition to his work at Stanford, Kevin is the special assistant to the director of the Telemedicine and Advanced Technology Research Center (TATRC), part of the U.S. Army Medical Research and Materiel Command. He regularly serves on review sections for the NIH, NSF, DoD, and other granting agencies; serves on the program committees of several technical conferences; and advises and consults with several small high-tech companies in the Silicon Valley.

Kevin is additionally an associate professor of research at the University of Texas Health Sciences Center-Houston and an adjunct associate professor in the John A. Burns School of Medicine at the University of Hawaii. He has over 20 years of full-time technical experience in industry, government, and academia; 18 years of management experience; and over 70 peer-reviewed journal and conference publications.